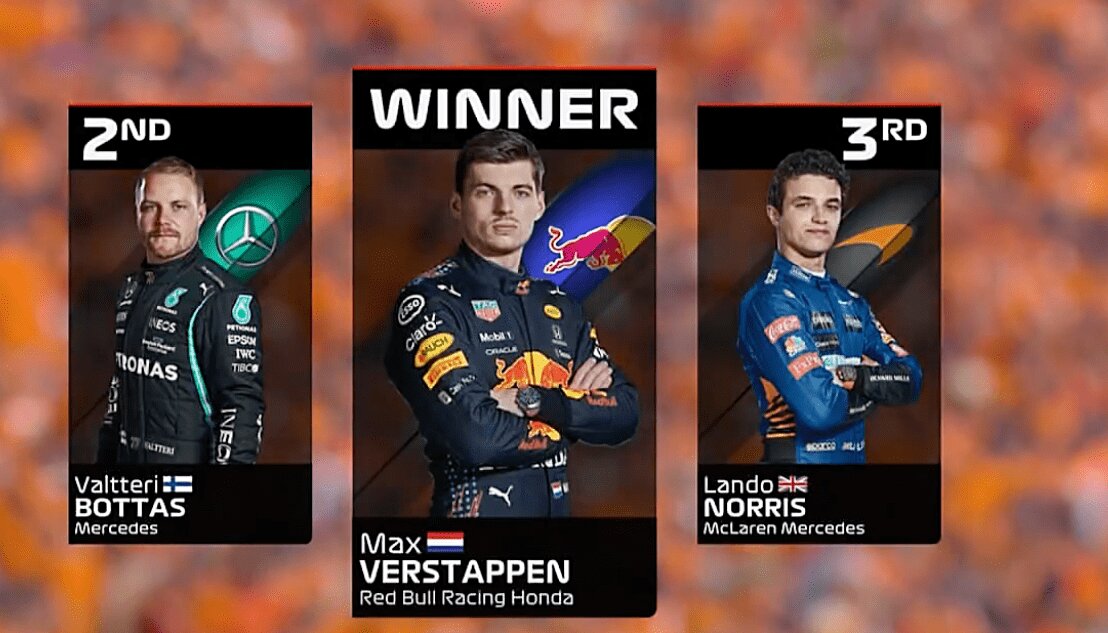 Austrian Gp, the last of the triple headers saw Max Verstappen winning by a thumping margin. Bottas in P2, Lando using the opportunity to get a well-deserved podium in P3. Lewis Hamilton was the net loser at 4th, and Yes, Russell missed out on the points yet another time.

Max made a clean getaway, as Hamiton was bothering Perez in Turn 4. But the top 6 keeps the position as Ocon was sandwiched suspension damage sends the safety car out. The safety car restart fucked Perez as going outside turn 4 he went on to the gravel and is in 10th now stuck.

The move is being investigated. Mercedes now has a golden opportunity, but Norris is not making it easy as lap after he is keeping Hamilton on the bay. Perez and Bottas were told to go long on a one-stop to gain places. And finally, on lap 20, Hamilton is unleashed with Max 10 seconds up the road.

Lap 20 saw Lando handed a 5-sec penalty, Yuki 5 Sec for cutting the pit lane entry, and Giovanazzi for overtaking before the safety car line. The stewards are busy as we settle in for the soft runners to come out of the pits in the Austrian Gp

As the soft runner’s pit for medium’s and hard Russel one of the early pitters is in 13th as of Lap 38. Tsunoda and Gasly are on a two-stopper. Stroll and Vettel on soft’s came out early and is in 13th and 11th as of lap 43. Ricciardo after the pit stop has undercut Ferrari and Perez.

Norris was the first to stop triggering the leaders to pit. Bottas was then in to cover Lando and since Mclaren has a 5-sec penalty, Bottas is up in the top 3. Lewis pit’s and so is Verstappen to cover him off. Sainz was the last of the runners to pit in a one-stop and after 56 laps Ferrari is in 7th and 8th chasing Riccardo to 6th as we head into the closing stages of the Austrian Gp.

After the pit strategy is all done and dusted in Austrian Gp, Lando Norris is the net gainer. Lewis Hamilton incurred aero damage after riding the curbs too aggressively in Turn 1 and this made Bottas catch him up. Surprisingly, Mercedes switched the cars in Turn 1.

Lando was quick to use the opportunity and made a super pass on Mercedes for the 3rd place on the podium. In this tangle Max was so far ahead in the race he pitted for the new tires for the fastest lap as well.

Ricciardo had a comeback drive and lost out to Sainz on the final lap. Ferrari booked 6th and 8th with Mclaren on 3rd and 7th. The 3rd place fight is now can only be fucked by Daniel and his pace.

While Max Verstappen made a statement in front of his fans in the Redbull Ring, Mercedes are desperate to find the pace they are lacking. Stewards were quite busy after giving unnecessary penalties. that had no effects on any outcome. By the way, Kimi went into the back of Vettel as everyone crossed the checkered flag. Lando a well-deserved driver of the day.