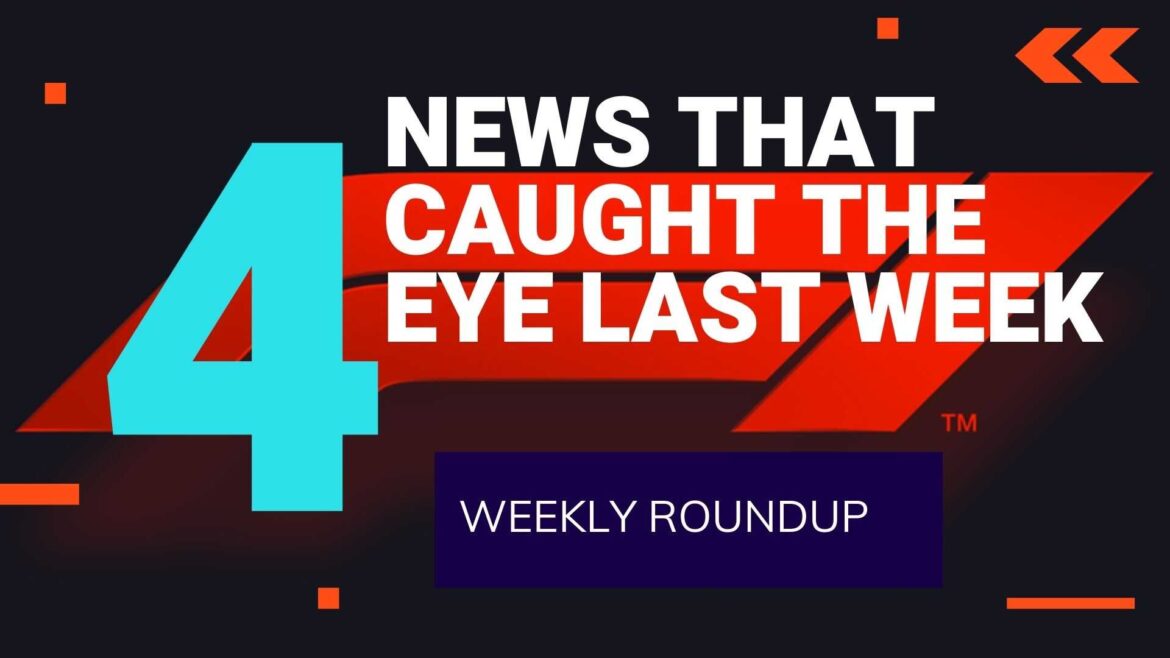 As we head into Circuit of Americas next week, in this edition of Weekly Roundup, we look into all the news that made headlines in this week ending – Oct 17th, 2021.

In the First news of this week’s Weekly Roundup, it’s Adrain Newey.

After a bike accident that made him sit out for a while, he is back in the paddock and immediately found set-up issues upon his return. His absence has been felt sorely by the team and there will be a meeting this week at Milton Keyes so that we are back on top in terms of the chassis.

Verstappen failed to cash out on First place, but the team secured a double podium in Turkey. With Mercedes new found pace in Russia and Turkey, his place in the team is critical.

Losing pole positions to the Engine penalty is happening more often than ever before as the season is so long and the top teams battling it out.

This year though sprint race proved to dig up a new debate on the record of pole positions due to it. Fastest on Friday has no recognition and the Q3 efforts of the driver are put in vain. Hamilton though a veteran in sport surprised to find out that his pole attempt is not pole and the people starting in the grid has counted as the pole.

Leclerc in Monaco has the same conundrum since he failed to start the race. Bottas is also on the same side of the argument as he came across such a situation in Monza.

In the Next news of this week weekly Roundup, it’s Seb Vettel’s concern!

The four-time world champion has concerns about the sport’s future and he is right. Being an environmentalist at heart he says he understands the irony of racing cars at the weekend and attending climate submit on the weekdays.

F1 has many plans to be carbon neutral by 2030, and seb thinks it’s not enough. “I don’t see the future of this sport very bright and it will eventually disappear and it will be right” he said in a recent interview to an Italian Media outlet.

“It’s good that Formula 1 is looking at sustainable fuels, but next year’s 10 per cent e-fuel is not exactly revolutionary from a technological point of view. Consumers have been able to buy those fuels for years, and I don’t think it fits with the ambitions the sport should have as a frontrunner in technology,” said Vettel.

As the final news of this week’s Weekly Roundup, it is William’s engineering.

The FIA’s Environmental Accreditation Programme helps teams measure their environmental performance with a specific programme and, after an audit in August, the FIA awarded Williams with the highest accolade – which Mercedes were also awarded in 2020 and Ferrari in June 2021.

We, as an industry, have the power to use our sport as a platform and catalyst for good, helping to tackle the challenges we face as a planet and Williams Racing, therefore, welcomes the FIA’s Environmental Accreditation Programme as an incentive to push the envelope on climate action. We are proud to have achieved this highest level of accreditation and will continue in our pursuit of ambitious objectives to help raise the baseline of sustainable performance in our industry and beyond

F1 CEO and President Stefano Domenicali and FIA President Jean Todt have also congratulated Williams for their effort towards a carbon-neutral sport in 2030.