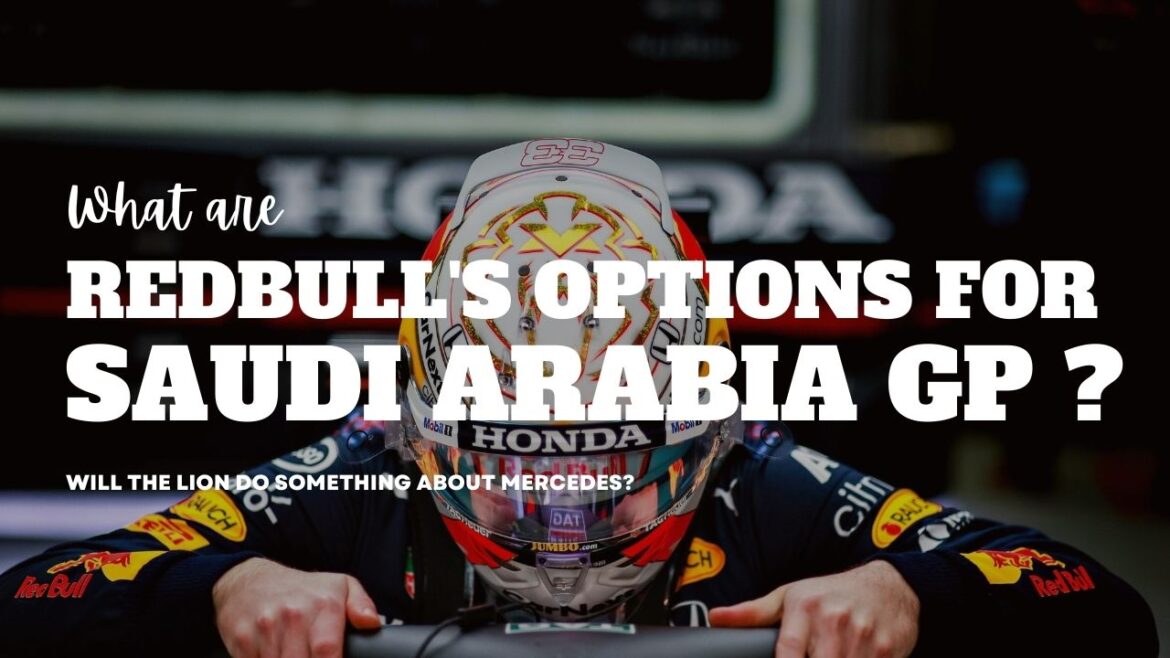 Saudi Arabia Gp, due to be held in a weeks time might decide the World Drivers and Constructors Championship for 2021. But Redbull has been caught off guard from Brazil Gp and the following Qatar Gp due to lots of issues, war of words penalties and other nuances. In this section, we look into the options on the hands of Rebull to stop Mercedes and Lewis from a runaway victory in Saudi Arabia Gp 2021.

There is a minuscule possibility that Max Verstappen could secure the title with a race to spare in Saudi Arabia Gp. The Dutchman leads by eight points, and with the maximum score available at any grand Prix being 27, could take the championship at the penultimate round if he can score 19 points more than Lewis Hamilton.

That looks to be a tall order, with the Jeddah circuit’s long straights and high-speed corners likely to favour the Mercedes over the Red Bull, but a retirement or unforeseen issue for Hamilton could bring the calculators out.

They are very unlikely scenarios as Mercedes through suffering reliability issues has a new engine to lean on at any point. So the ideal scenario in Saudi Arabia Gp is Hamilton in P1 and Max Verstappen with a P2 and a fastest lap like in Qatar and they go with level points into Abudhabi for a title decider.

The Flappy Rear Wing of Rebull

The team’s cars have been suffering from an issue in recent races where the edge of the wing begins to flap back-and-forth when DRS is activated, and although there is no effect on performance, the issue could do with being resolved so that the FIA does not intervene on safety grounds.

Horner is confident a solution can be found before the Saudi Arabia Gp though. He told reporters in Qatar: “I think from a reliability point of view it should be relatively straightforward to sort out. We’ve been using [these parts] for many years now, so it’s not a new technology.”

Due to this issue, they have to use their High downforce wings which causes more drag and reduced high speeds in the straights.

Helmut Marko says Red Bull are not afraid of Mercedes’ speed in Saudi Arabia Gp. Mercedes will be using the rocket motor from Brazil in Saudi Arabia again but because you can no longer lower the spoiler, it will no longer bring the advantage of 0.4 seconds.

We saw in Qatar that Hamilton’s speed advantage on the straights in Qatar was no longer that great and was more or less within the normal range. This is due to the fact that after more stringent tests by the FIA, Mercedes no longer used its extremely flexible rear wing.

Meanwhile, Redbull and Honda are fiddling with the throttle mapping to give Max’s car an advantage and it has been testing its pattern over Gasly car in Qatar GP and he was faster by 7Kms per hour through speed trap than Max Verstappen

Honestly, the only likely scenario that Max Verstappen wins the title is when Mercedes does a disaster class. Even if Hamilton gets himself in a bad position he’s going to have that rocket of an engine in the back of his car from Brazil GP that should see him steer clear of finishing lower than 6th or 7th.

It’ll be quite the Herculean achievement for max to win the Saudi Arabia Gp let alone win the title during this race. However, if he manages to win in Saudi Arabia Gp, barring a disastrous race in Abu Dhabi, he should win the championship. It is a new track however and until cars are on the circuit we truly don’t know who this track will favour.