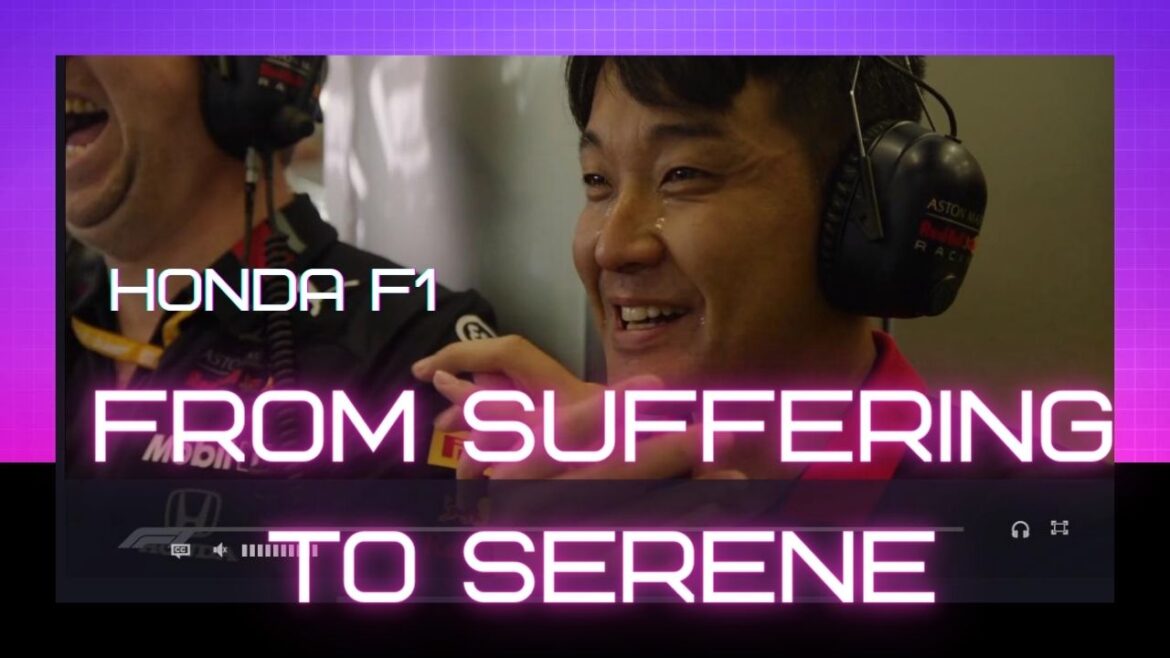 Honda F1 had a ride of their life in F1. From 2015 to 2021 they were through thick and thin in the sport. They have gone through embarrassment, Pride, Victory and defeats but when the final buzzer rang, Honda F1 can hold their head high in what they have achieved in F1 over the years. In this section, we look into the brief history of the Honda F1 team.

The Team in Honda F1

Toyoharu Tanabe has been Honda F1’s Technical Director since the start of the 2018 season when the Japanese manufacturer teamed up with what is now Scuderia AlphaTauri, before powering the entire Red Bull family from 2019. But Tanabe-san is no racing rookie he was Gerhard Berger’s engineer at the time when McLaren and Honda were the dominant force in the sport.

Masashi Yamamoto has been instrumental in helping Honda secure an engine deal with Red Bull Racing from the 2019 F1 season onward through his efforts during the Japanese manufacturer’s stint with Toro Rosso, which kick-started started in 2018.

That change saw Toyoharu Tanabe brought in to look after the F1’s technical side while Yasuake Asaki headed the programme in Sakura, as they started their journey with Toro Rosso. The changed structure did bring successful results.

When Honda entered F1 in 2015, there was a huge expectation for the partnership to perform, based on what they had achieved the last time the two manufacturers were together. That turned out to be a huge failure. There was so much media attention.

Plus, McLaren as a team was a different organisation back then. They had a complex matrix management structure in place where it was difficult to get much work done. Plus, their belief that they deserved to be in a winning position cost the partnership, because they kept putting so much pressure on Honda, both internally and externally.

Honda F1 too were at fault. The current hybrid engines are highly complex and they should have done a lot of R&D before they got into F1. So, till the time the partnership went on, Honda F1 was still experimenting with their designs.

In the above image is the Mclaren MP4–30 notice how the rear of the Mclaren is packaged much tighter and the sidepods are a lot smaller. This reduced the size of the engine compromising the cooling and performance well. As a result, the car suffered a lot of reliability issues. Mclaren was too ambitious. Not even Ferrari, Mercedes or Renault produced an F1 engine that was as small as the ones Honda were told to produce. Furthermore, Honda rejoined the sport in 2015, when all the other engine manufacturers already had a head start.

Everyone thought it was the worst move possible but Redbull and Honda was a match made in heaven. Though Redbull have nowhere to go after the Renault debacle and Honda needs to save face after the Mclaren troubles.

After years of dominance with Renault engines, Renault had hit a rough patch where they weren’t producing a good product at all, on the flip side of this red bull also had serious issues with their designs of the car which were eventually sorted out, because of this Horner and Helmut had taken to outwardly being critical and blaming Renault for basically every shortcoming that red bull had, effectively destroying the relationship with Renault.

After a few years of this Renault were no longer interested in supplying red bull but we’re forced into it because firstly an existing agreement, and secondly a supply guarantee that is enforced by the FIA whereby every team must have access to a power unit, and if no one was willing to supply them, someone would be forced.

Effectively Honda F1 wasn’t able to willingly supply red bull while supplying McLaren because McLaren had a veto on such an arrangement, Mercedes or Ferrari would not supply a current spec but rather an almost gp2 spec unit that red bull didn’t want, so Renault were the ones that would be forced to maintain their supply agreement.

Honda F1 and McLaren had become unworkable, as was RedBull Renault, it worked for Renault to strike an agreement with McLaren because freeing Honda meant they would be the ones that would take over the Red Bull problem, and Renault would free themselves of being forced into supplying red bull.

So effectively it wasn’t Red Bull choosing Honda F1, but Renault negotiating its way out of a toxic relationship with RedBull. When Honda F1 moved to Red Bull for the 2019 season, Red Bull did not demand a size zero package. They asked Honda to create the best engine and developed the chassis and aero package around it.

Honda F1 has the last laugh

The tears that streamed down the faces of Honda’s employees when Red Bull’s Max Verstappen gave them their first victory since 2006 in Austria told you how much it meant to them. Their return to F1 with McLaren had been brutal. But they refused to give up and found refuge with the Red Bull family. Since then, they have not looked back and at last, they have been rewarded.

Honda’s success in F1 this season has been hugely popular, with rival teams and manufacturers queuing up to offer their congratulations. The Japanese manufacturer has dug their heels in and refused to give up. Buoyed by a new atmosphere at Red Bull, after a bedding-in year at Toro Rosso, they have flourished.

They have certainly done more than what Ferrari and Mercedes have done. But they know that and you get the impression now they have tasted victory, and have become a World Champion!