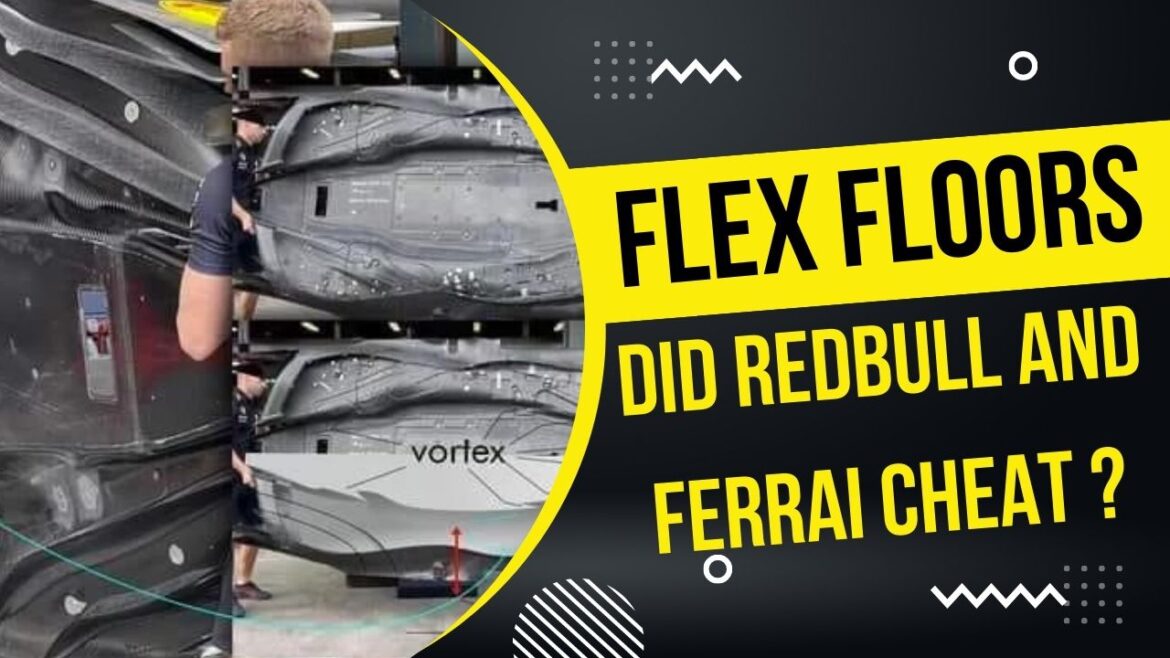 Floor Flexing in F1 has become the latest controversy. After 10 Rounds, where only matters of winners and losers discussion happened, now there are legal or cheating discussions are surfacing. Mercedes’s boss Toto Wolff has expressed surprise that F1 cars are designed to flex, in contrast to their original intention. In this section, we deep dive into the conservatory and the details of the new Technical directive.

Due to two negatives of the new f1 design, teams are being told to improve them. Porpoised and stiffer cars both negatively affect driving quality, so the FIA is making a change. A revised technical directive will help to measure and police a complex metric. This metric is meant to combat porpoising or aggressive bottoming out.

According to a technical directive by the FIA, they want to change the rules so that we need to focus less on plank wear and focus more on floor flexing in F1. The argument is that these are related to each other and go hand-in-hand together.

The FIA has placed a limit on this area of the car to eliminate possible inconsistent interpretations that some teams may have about rules for bodywork. They found an average deflection of 2mm at the leading edge of the plank and a few millimeters back.

There are no measurements taken on how much cushioning there is from the front to back of the seat of the steering wheel, but some teams are thought to have engineered it in a way that provides a certain degree of cushioning. The skids are believed to be more flexible than before and can be used more aggressively so that they do not become worn away.

“Nobody had an idea until the FIA brought it up in the last Technical Advisory Committee,” said Wolff when asked. Wolff is sure that FIA was suspicious of this interpretation prior to the technical directive.

“Only after the teams were surprised by the outcome, did they realize that there was a certain uncertainty in their design,” he added on the Floor Flexing in F1.

The FIA has said that Red Bull and Ferrari have bodywork within the plank area – which flexes according to the car’s movement – in a suspicious manner. When Mercedes realized this, they took advantage of said opportunities. As the FIA planned its intervention ahead of the Canadian Grand Prix, Red Bull and Ferrari were one of the most vocal critics.

The FIA dropped the new technical directive on teams the day before they would be racing in order to give them less time to prepare. A major factor that contributes to the porpoising issue is the fact that Mercedes has not been as successful with their car when it comes to porpoising as Redbull has been.

Red Bull insists that it would be unfair to enforce changes on all teams if some conformed to rules and are not porpoising or bouncing to a dangerous degree. Horner, who has been vocal in his criticism of the recent changes, said that “this is a dangerous avenue to go down.”

Horner said, “If the FIA dictates set-ups in F1 racing, it will not be good for the sport.”

The FIA found that there are interpretations of the rules which it does not approve of. If the teams are not allowed to design for subterranean reasons, the floor flexing in F1 would be in compliance.