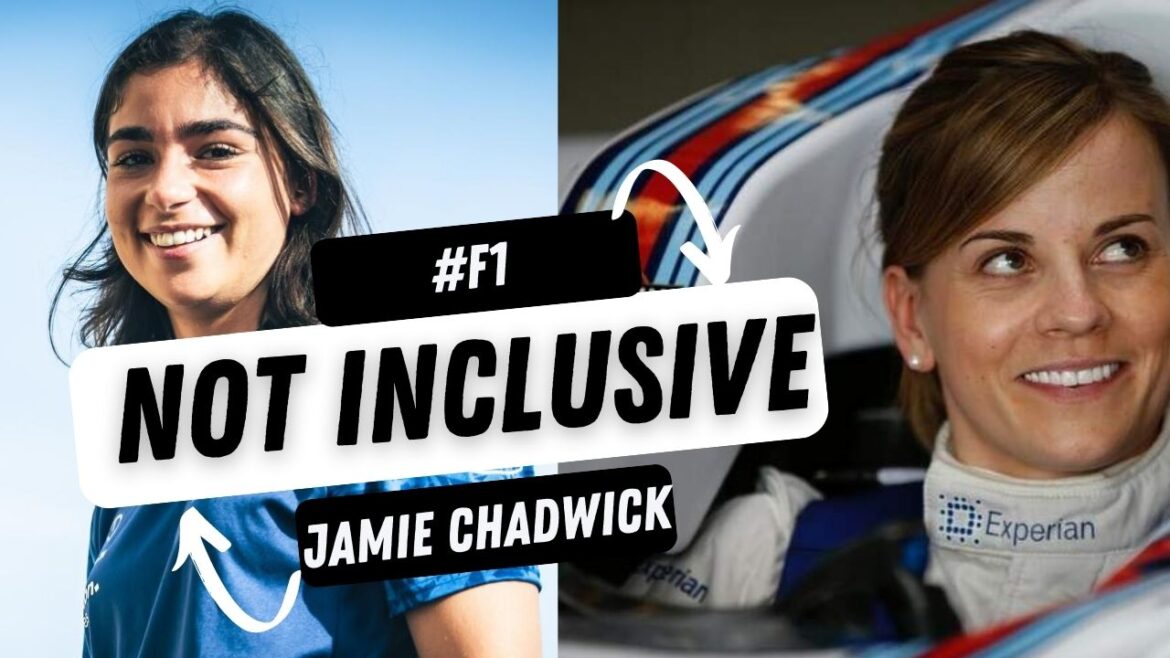 When there are going to be Female F1 Drivers on the Grid, We can clearly say that F1 as a sport has turned a corner. With the introduction of the W Series in 2019, which was supposed to be a springboard for F1, there are still no enrolments to the Feeder Series like F2 and F3. In this section, we look into the why and what may be the cause of that and where the dream currently stands.

With the recent call for changes by the W Series Champion Jamie Chadwick saying that F2 and F3 are physically too hard for women. There is a huge gloom over the dream of Female F1 Drivers. In a recent interview with the Guardian, She said

I have set myself a goal of competing in Formula One but I don’t know what is actually possible. To get into Formula One you have to go through the feeder series – Formula Three and Formula Two – and it is extremely physical

I don’t think it is just as straightforward as getting stronger in the gym and jumping in the car. Although our sport is incredibly advanced with a lot of things, the physical human performance side is misunderstood.

“In Formula Two and Formula Three, the steering wheels are all identical and they have a thick grip. How can we make them thinner because women’s hands are not necessarily that big? And some of the newer tubs in the cockpit are really narrow. Women with bigger hips can’t fit into them comfortably. A lot of these things have been overlooked for obvious reasons but now we need to see whether that does make a difference to performance.”

She went on to say that there will be no Female F1 Drivers on the Formula One grid for at least three or four years. But right now changes have to be made to the sport to be more accommodative for Female drivers and discussions need to be on that path. She also added that it would be a service for more talent coming into the W series and this Dream of Female F1 Drivers will be realized one day.

Suggested Reading: FIA has a Job to do

Jamie isn’t sitting there going ‘woe is me, it’s too hard, we need help, we can’t handle it, she’s simply saying that F2 and F3 cars have not been designed with women racers in mind and have failed to account for the anatomical differences between men and women.

She also says that if F1 is serious about getting more women up the ladder and into F1, the sport needs to look at why women struggle to get up the ladder in the first place and what changes need to be made to help them progress.

Happening in the World of Female F1 Drivers

Lewis and Seb are the main drivers of this inclusivity and they are putting it to good use. The Ignite partnership was created in July 2021 to increase diversity and inclusion within motorsport. Mission 44, Sir Lewis’s charitable foundation, leads on coordination of the initiative.

They have recently awarded the Motorsport UK’ FIA Girls on Track UK an inaugural grant of 5 Million Dollars to support their initiatives. Motorsport UK aims to increase the Girls on Track UK community by introducing new schools to the program, with at least 50% of the participants qualifying for free school meals to inspire, connect and showcase the career opportunities available in motorsport to young females.

Alpine’s new initiative will give girls and boys as young as 10 the same opportunities to progress in motorsport all the way to F1 and the company is launching research programs aimed at fully understanding the physical, cognitive and emotional requirements of an F1 driver, in partnership with academic bodies including the Paris Brain Institute.

And in the past 30 years, only one woman has taken part in a Grand Prix weekend – Scot Susie Wolff drove in three free practice sessions in her role as Williams test driver over the 2014 and 2015 seasons.

W Series is a form of segregation, as the female drivers see it. May the stakeholders sit and discuss the changes needed to include Female F1 Drivers in the grid for once let it be all about meritocracy and performance and nothing else.